How to Prepare Your Bar for World Cup Fever

The FIFA World Cup 2018 is just about to get underway and soccer/football fans from around the globe will be cheering their favorite teams and countries on. One way to experience all the magic of the world’s sport tournament, which only takes place every four years, is to actually head to Russia, where matches will be held throughout the entire nation. But if heading across the world to see selective matches isn’t in the cards, most people will be opting for their local pub, brewery or watering hole to spend hours glued to the TV with drinks and pub food.

Fortune pointed out that bars saw a huge spike in patronage during the last World Cup in 2014. In fact, some bars saw a 40% jump in bar-goers who just wanted to come watch the matches. While this is a plus for bar owners who are happy to see profits grow, there needs to be adequate planning ahead of time to accommodate extra guests.

It should be already commonplace for bars to have proper insurance coverage to protect against on-premises injuries or even off-site incidents that originated at the bar; for example, a wreck that includes a drunk driver who was drinking at a bar up to the time of a crash. Bars don’t want to test being red-carded due to injuries caused by or at their establishment. Look into a sufficient bar insurance program that can cover against damages and harm, which may be more risky during a more active World Cup season.

It’s not uncommon for regular patrons to head to their favorite bar and sit down for a couple hours to watch a football game, baseball game, or playoff basketball. But with the World Cup, matches last 90 minutes, not including commercials, timeouts, and period breaks. Plus, people don’t usually just come for one match as the World Cup features full days of competition.

It’s important to be well-stocked with extra food and beverage options. Running out of supplies, even things like cutlery and napkins, can be detrimental to a bar looking to turn a profit and provide service. Consider allowing groups to reserve tables or sections in advance, just as long as they order a minimum of food and/or drinks. Also, try creating a special menu for the World Cup to promote certain dishes or drinks.

Make sure the bar is properly staffed to handle large groups and people who come for endless World Cup watching. Having the right amount of staff members on hand, even dishwashers, will provide peace of mind and keep things running smoothly.

The big surges usually happen during breaks, and before and after matches when people will wants fresh drinks and new plates of food.

Be THE Place to Watch the Matches

Bars can promote themselves as the premier spot in the neighborhood to watch the World Cup this year by being proactive. Customers need to know where to eat and drink while the matches are playing. It’s helpful for bars to get involved by promoting early on social media, outside displays or their own websites and newsletters. Make special discounts known ahead of time, giving possible patrons time to decide that your establishment is the place to go for great deals and access to watching the World Cup this year.

At RMS Hospitality Group, our expertly crafted policies are written specifically for the hospitality industry. We offer custom tailored solutions to meet any venue’s specific needs. For more information, contact our knowledgeable experts today at (516) 742-8585. 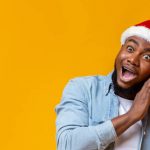 A GUIDE TO HELP YOU ESTABLISH A SUCCESSFUL CUSTOMER LOYALTY PROGRAM 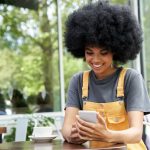 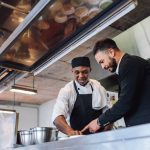 8 WAYS TO INCREASE YOUR RESTAURANT BUSINESS THROUGH ONLINE ORDERS 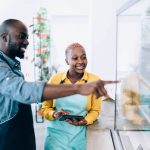 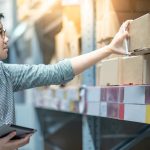